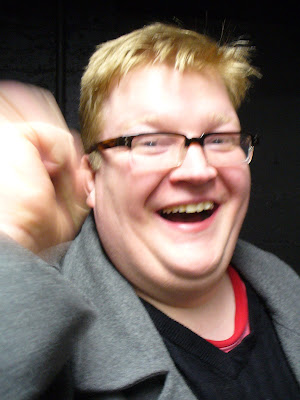 Jason Adams has been an actor and puppeteer in Chicago for almost seven years. His work has been seen at the Jim Henson Center for Puppetry Arts in Atlanta, The Great Small Works Theatre in New York as well as various festivals and variety shows around Chicago.

He's thrilled to be working with the Mammals. Jason is both a writer and performer in The Dream Journal of Doctor Jekyll. He stars as Professor Oliver Mastodon Peale, a collector of the macabre as well as master of ceremonies for the Journal's exhibition! The professor is a physician, mesmerist, as well as a narcoleptic. He also is quite the enthusiast when it comes to strange dark things.

Jason also thanks his wife, Erin, for her endless patience.