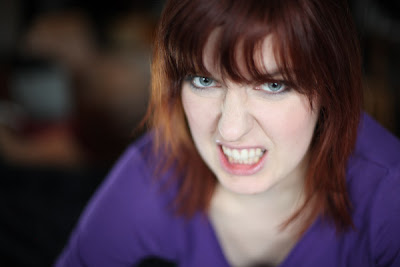 Anne is one half of a conjoined twin (or is it twins?) She just graduated from Bradley University with a double major in Theatre and English. She is new to Chicago, having just moved here at the end of May, and super excited to be working with the Mammals. She has always thought it would be fun to have a twin, so it is going to be exciting and ridiculous to play a Siamese twin in this show! Right now Anne is a production intern at Collaboraction and also working on 20% Theatre Company's upcoming production of Electra and Orestes. Favorite roles include Edward/Victoria in Cloud Nine, Mrs. Little and others in Stuart Little, and Cat in Pinocchio. Love to Mom, Cait, Andrew, Sarah and Dean. Enjoy the show!